What’s in a name you ask? Plenty! I have four reasons to be thankful. My parents were so proud when I came along that they gave me two middle names.  Both sides of the family were represented and equally proud, for I was the eldest grandchild on Dad’s side of the family and on Mom’s side, well, let’s just say we were the ones that moved away and settled in America.

America oozed golden opportunity.  America was where all our dreams would come true, where my parents could escape war-torn Germany and start over with a clean slate.  Or so they thought.  It was the late 50’s but America still doled out its judgment to the immigrants and we did not escape unscathed.  I can still remember having to report my address every January to the immigration department. Today I no longer have to do this, I’m a citizen, but back then I was an alien with a green card and a number.

My parents and I flew in on an airplane, so we managed to avoid Ellis Island.  Our first apartment was on the east side of Manhattan on 83rd street between 1st and 2ndavenue.  I don’t remember the exact number but I do recall it being a railroad apartment, the kitchen on one end and the living room on the other, overlooking the street.  I remember the fire escape in the back of the building outside the kitchen window. Mainly because that was where I used to throw out all the gray vegetables that Mom had boiled to a premature death. I hated vegetables with a passion.  I remember the man opening up the red fire hydrants out on the curb on hot muggy summer days and the force of that water as we ran beneath it shrieking with glee.  I also remember many late afternoons looking out the window after Mom left for work with my two-year old sister Angie, waiting for Dad to come home.  The neighbors  were asked to listen in just in case I had a problem.  I was the responsible one at eight yrs. old.  My sister Angie wasn’t too happy about this and I wasn’t exactly thrilled either, but we survived.

We were the kraut kids with a Polish last name.  My last name ended with S K I.   My parents swore we were German, I swore that I would survive my names especially the first one, Cornelia pronounced KORE-NAE LEEAH when dad was disappointed with my behavior after a long day at work.  Or if god forbid, my sister had a scratch on her. What my parents called discipline back then would have had us kids screaming for the police today.  That was way before kids had rights but I was tough and stubborn, and before long my parents moved us up to the country following closely behind my uncle and his family.

I said goodbye to my two boyfriends; Oscar the rich boy with the Spanish maid who would take me home for lunch on school days and Richard, the cute boy across the street who happened to be a really good kisser.  It was in the summer after I completed 2nd grade when I packed my bags and without a second glance flipped the city the bird.  We were getting away from the crowds and the crime. 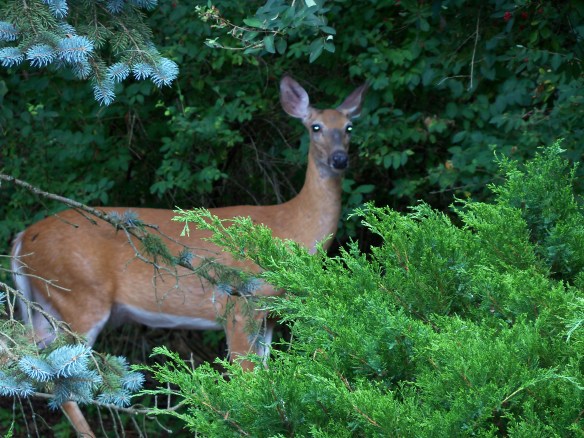 My parents planned to take us kids to a safe place where the air was fresh and clean, to the land of white picket fences and as I later found out, to the land of the brothers Grimm. The city had nothing on the country, which was where all the perverts crawled out of their hiding places. Being a kraut kid wasn’t exactly something you wanted to let spread around, too many drunken war heroes, dirty old men and brawny dykes and those were just the next door neighbors and the parents of my new found friends—oh joy!

Author, Poet, Photographer, domestic violence survivor, and naturalized immigrant, Cornelia is currently an Arts and Letters Member-At-Large of The National League Of American Pen Women. Cornelia lived in Kaneohe, Hawaii for thirty-six years. Also seven years in the Mid-Hudson Valley of New York. She now resides in North Fort Myers, Florida. Her poems and photography are published in print, online and Rain Bird, a literary and art journal of the University of Hawaii's Windward Community College (2008-2013). In 2013, Cornelia received Rain Bird's Kolokolea Poetry Prize for her poem, "Speaking French." In October 2015 her chapbook "Hawaiian Time," entered in the National League of American​ Pen Women’s Vinnie Ream contest was awarded the 3rd place in their inaugural multi-discipline category. View all posts by Cornelia DeDona